This was the first run of the Jefferson neighborhood, which is one of four neighborhoods that make up West Park.

Jefferson was originally part of Rockport Township (est. 1819). In 1900, West Park was carved out of Rockport and was eventually annexed by Cleveland in 1923 who divided the area into four neighborhoods.

It has a population of 16,000 residents, with 58% white; 18% Hispanic-Latino; 18% African American and; 3% Asian. There is also a significant immigrant population from the Middle East, Latin America, Romania and Southeast Asia.

The boundary from this run was W. 117th (east) to RTA West Park Station (west) and from Berea Road (north) to Lorain Ave (south). 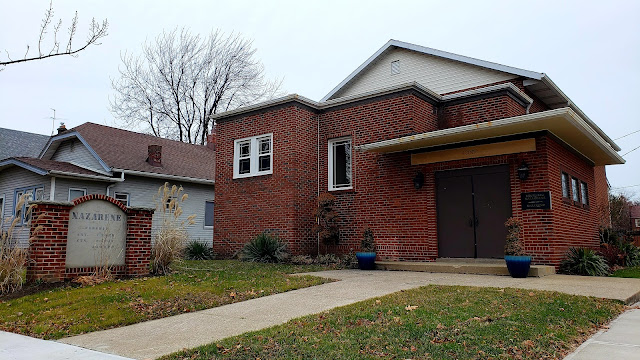 Apostolic Christian Church on Nazarene (12002 Geraldine Ave) is one of 24 such churches nationwide.